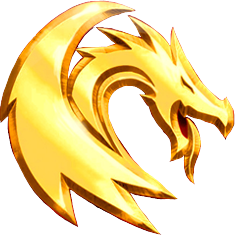 By physically letting go of emotional trash, dynamic meditation creates the space to witness non-dual awareness and fully digest it into the body and life. The practice helps to dissolve the conditioned division between awareness and the observer so that we can realize our unity with everything (and nothing!).

As a result, one begins to see the true (and magical) nature of mind indivisible from all experiential phenomena. Although there are many different ways of describing this realization in words, such as “non-duality”, “unity consciousness”, “God”, or “infinity,” does it really make sense to put words on that which cannot be named? Dynamic meditation helps to physically breakthrough this pattern of constant identification with the mind and “doership,” ultimately transforming negative patterns of suffering into creativity and compassion.

The 5 Stages of Dynamic Meditation

The following five stages help one to progressively access higher gears of the mind. Dynamic Meditation can be performed alone or in a group with a duration of up to one hour.

Exhale through the nose forcefully and randomly. Move the body chaotically. Become the Breath.

Because the mind and the breath are inextricably connected, forceful and irregular exhales destroy socially conditioned breathing habits that are shallow, rigid, and emphasize inhaling too much. This unlocks the barrier between the conscious and unconscious mind so that an “unconditioned mind” can emerge. This stage generates maximum chaos so that the unconscious mind can be released from repressed traumas. Additionally, deep irregular breathing activates the bioelectric energy from the sex center and throws out stagnant carbon dioxide to make space for a surplus of fresh oxygen. This forces the participant to wake up from dreamy states and be totally alert. This kundalini energy can then move up from the sex center and reveal expanded states of consciousness.

Let the inner gorilla loose and explode. Express everything with 100% intensity.

Stage two is a total catharsis. The awareness and energy built up from the first stage allow the participant to voluntarily experience involuntary movements. The key is to listen to the body and let the bioenergy work through your nervous system with full intensity to prevent the intellect from coming in. This allows one to disidentify with the emotions and witness the process as an observer. The process draws similarity to somatic experiencing in psychology, trauma release shaking, and kundalini yoga. However, putting words and labels on the practice can be counterintuitive; the point is to viscerally release conditioning from the ego-body. Playfully acting out the madness of the inner child helps to release fear and the division associated with it. One typically first releases a superficial layer of anger associated with relationships before releasing deeper emotions. By throwing everything away without throwing it on anybody there is no negative karma or chains created. It is important to not make catharsis a pattern because the real goal is to be without condition.

Continuously jump in place and make a “HOO!” sound each time you hit the ground. Keep your hands raised in the air and let the energy move upwards.

Jumping in the second stage with the “Hoo!” mantra activates energy from the sex center to flow upward and outward. This disrupts energetic blockages that stem from deep within the navel to unlock the suppressed heart. As the inner fire intensifies delusions in the mind can dissolve. Once the sense organs are exhausted, a new energy can awaken. During this stage one typically experiences pain, which is actually the unlearning of years of psychosomatic division. After one surrenders to the energetic flow, the process feels light and easy.

Freeze! Don’t move a muscle and keep your hands up with energy.

After jumping in stage three you completely freeze. The sudden stop of this stage creates immense space to expose reactions from the mind and body. You witness the mind become still as the ego has no where to run and the “doer” disappears. In fact, one often experiences the death of the ego-body. This stage creates a gap of emptiness that juxtaposes the movement from the previous stages. After the dynamic meditation is recorded in memory, this gap remains and can break the ego cycle stuck in memories. Many practitioners find this stage to be most challenging because the mind is afraid to let go of the “doer”. Just like in the previous stage, discomfort arises because the body is being dethroned from its mastery over the soul. One can cut through the pain with the sword of attention to experience deeper layers of awareness beyond ordinary reactions. Awareness is the end of spiritual progress.

Dance and celebrate. Become the dance.

The fifth stage of dancing and celebrating helps to purify the negativity from cathartic release. After exhausting the energy of the mind, the energy of the soul can emerge, and finally after exhausting the energy of the soul one can access divine energy that is eternal and inexhaustible. The division between the self and the dance can disappear as unity consciousness emerges. One can experience the beautiful creativity that emerges from silence. This stage allows one to play with their energy like an innocent child and teach one to trust the wisdom of source and life energy. Ultimately the death of needing to control the mind unlocks new freedom to celebrate the life that we are awakened to.

Why does it work?

As we equip the body with a rich experience, our reality becomes richer too. As one learns to allow and witness the emotions coming up in dynamic meditation, one can learn to witness the emotion in everyday life. Paradoxically, becoming totally identified with the body creates the space for total disidentification to emerge. Over time the nervous system can form new connections as the awakened soul realizes that it is inextricably connected with everything. As a result, the mind starts to see how suffering arises from trying to change reality as it is. Ultimately, Dynamic meditation teaches us how to let go, and sometimes that can even mean letting go of the practice itself.

Meditation is Free the Mind

Dynamic Meditation can bridge the gap between Eastern wisdom and Western Science because it dissolves the boundaries between physical and nonphysical. The practice is uniquely suited to help modern westerners because technology has caused people to repress and hold onto chaos and tension. All of our problems essentially stem from attachment, anger, and self-centeredness, which are also known as the “three poisons” in Buddhism. The intense catharsis in dynamic meditation helps to break through the physical manifestation of these dualistic delusions stored as emotional baggage.

Given the current state of the research, there are several reliable scientific conclusions about dynamic meditation. Dynamic meditation has positive mental health effects when used as a clinical and corporate intervention and proved to reduce serum cortisol stress levels and anxiety. Dynamic meditation is also effective for realizing the transpersonal self and enhancing autonomy, environmental mastery, and personality integration. The quantity of scientific research is very small. I hope that there will be more scientific studies because I have faith from personal experience that it can positively transform lives. However, I do not believe that science must determine the ultimate truth about dynamic meditation. Dynamic meditation helps one become free from intellectualization, so it may be counterintuitive to measure its effects scientifically. Why would we measure something designed to help us see beyond measurement?

This article on dynamic meditation demonstrates that Dynamic Meditation derives its power from a source deeper than science. Although Dynamic Meditation has proven to be powerful from anecdotal evidence, it has remained controversial in the public eye. The controversy has likely arisen because it dynamic meditation helps people transcend notions of both good and bad. This examination exemplifies a deeper wisdom beyond labeling things. Can we be free in the unknown? ‍

What is Somatic Breathwork?

Somatic breathwork is a type of therapy that focuses on the use of breathing techniques to address physical and emotional issues.